The Japanese Fisherman Story: All We Need To Know About Service…And Life 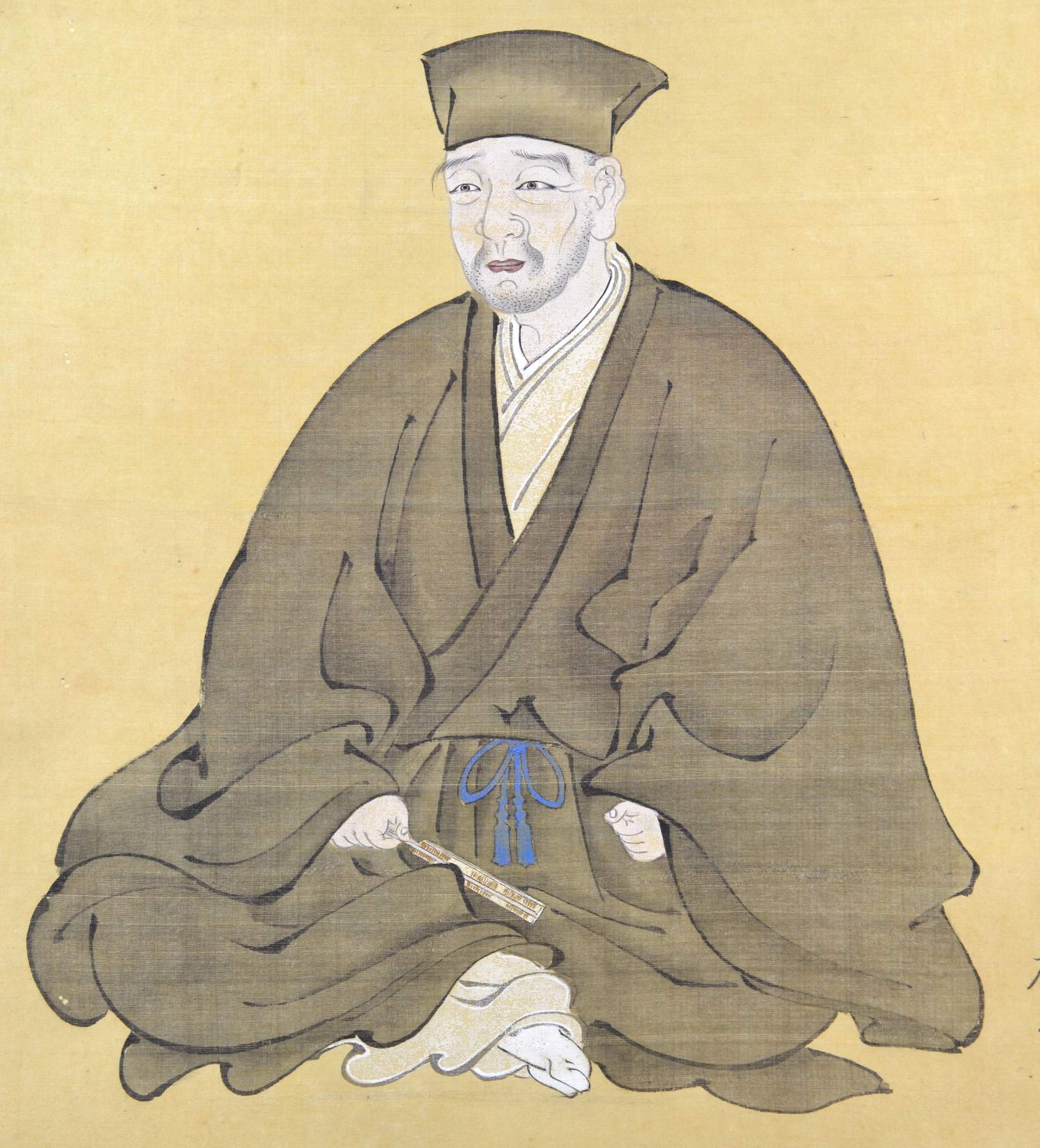 I used to think I took the art of service seriously…until I encountered tea ceremony.  Both the Chinese & Japanese ways of tea have changed my life in different ways. Each have different priorities, and this article will focus on the Japanese tradition to reveal an aspect of service that I think no one trying to master anything can do without.  The Chinese tradition is actually the original, and has a depth and important that doesn’t get a fraction of the attention it deserves in the West. But what I’d like to illustrate here is best done through Japanese tea ceremony.  Firstly because I want to discuss the idea of rigor and perfection in service – something the Japanese approach takes to new heights (of course it does). And secondly because I want to tell a story centered around Japanese tea monk Rikyu.

If you’ve ever seen a Japanese tea ceremony and admired its grace and precision, you can bet an unimaginable amount of work went into even the smallest details of their movements and gestures.  The Japanese have created formal events around tea-drinking for over a thousand years.  It was first adopted by the merchant and scholarly classes, but it truly crystallized into what it is today once the Zen monks got their hands on it around the 12th century.  For them, the act of serving tea in a highly formal manner became an act of self-cultivation.  Basically, it was a path that served as an alternative to a meditative practice. Rather than developing things like calm, presence, and selflessness through sitting in eyes-closed silence, monks could develop this in action.

This is basically a practice of mindfulness (in Buddhism, at the time, it may have been called “Sati”) zeroed-in on the simple, humble, and everyday act of teadrinking.  And the resonance this practice has had for so long (which has been accelerating in recent years) is because its focus is so simple and everyday. This is, as anyone has found, the most crucial domain to apply mindfulness.  Tea ceremony is simple…or at least seems simple. The layers of detail involved in facilitating an ideal ceremony are too deep to even feather with this article. But the spirit of it is a simple one: honor the moment. Nothing extraordinary has to be happening for us to acknowledge the extraordinary nature of life.  Waiting for a heightened experience in order to be happy and grateful is like slapping on a pair of spiritual handcuffs. This is a fundamental Zen principle, and is beautifully realized through the Way of Tea.

How Rikyu Changed Everything

If we were to thank one guy for the depth this tradition has acquired, it would be Sen Rikyu (b. 1522).  He truly made the practice into a life path (called “Chado”, which translates to ”The Way of Tea”). He taught fleets of students that gave way to myriad generations of practitioners.  Today in Japan, there are many divergent schools of tea ceremony…but every one can be traced back to him. No matter how divergent the school, each teacher has observed a tradition whipping the undisciplined asses of their students.  The Zen path wouldn’t be complete without it.

Why does mastering such a simple, calm practice require such ass-whipping?  Let’s explore this with the help of what is probably my favorite service (and tea) story of all time.  And it stars Rikyu himself.

How The Fisherman Turns Out To Be The Master

So we already know Rikyu was tough and relentless in carving his students into disciplined tea monks.  It also seems he was equally kind and compassionate (as is generally the case for even the harshest of Zen masters).  Although he was a member of the aristocracy, Rikyu made the rare gesture of mingling and even developing friendships with members of the peasant class.

He developed a certain fondness for a local fisherman and whenever fish was delivered to his household, he received it personally so they could chat.  Eventually the fisherman sheepishly invited Rikyu for tea in his home. To his astonishment, Rikyu accepted. Not only that, but he brought his favorite student to the occasion.  This was a way of honoring the fisherman, displaying that he was in no way embarrassed about their relationship. Upon leaving, Rikyu sighed in satisfaction, stating to his student that it was one of the most “transcendent”(1) tea sessions of his life.

His student was bewildered, exclaiming: “Master, I do not understand. That man did everything wrong! He nearly dropped the tea bowl twice, spilled the tea powder and did not whisk it properly, either. And those are just a few of his mistakes. How could that have been one of the most transcendent tea sessions of your life?”

Riku responded, in that typical pithy Zen way: “That man did not invite us to his home to demonstrate his tea brewing skills.”

Here he is, day in and day out, whipping technical skill into his students.  Damn right they better be fluid and accurate when handling the tea bowl, tea powder, and whisk.  But as soon as he experiences someone outside of his school of thought (and status level) fumbling through a tea service in every way, he is enchanted.  How it must be frustrating for his best student who is probably putting every inch of himself into achieving such perfection of form (and probably receiving barely a whisper of praise from his master in the process).  And what a great opportunity to learn a Zen lesson. He was served a valuable perspective that his aspirations towards perfection require getting to a point where perfection doesn’t even matter.

The practice of tea ceremony doesn’t just provide you with a skill, but the humility to serve through commitment to learning the skill.  Commitment to the skill shows that you are committed to something beyond yourself (the form of ceremony and the person you are serving). The fisherman already had that humble commitment to something beyond himself and didn’t require the sharpening of skills to be present, joyful, and appreciative of the moment.  He was naturally directed beyond himself and to the other.

Rikyu’s students are, by definition, aspirational.  They want to be great at something. Since they have decided that their path to presence is through the hard work of perfecting the skill of serving tea, then have to suffer the rigors involved in being aspirational until their ego is whittled down to that of the humble fisherman’s.

Rikyu was intoxicated by his experience with the fisherman because he wasn’t trying to perform (the fisherman probably didn’t even know that you could be “masterful” at serving tea).  He was just his natural self. Until they are masters, Rikyu’s students can never be purely other-directed when serving tea, since they will be preoccupied with their own performance. They have to practice until the skill level becomes automatic and natural.  At that point they realize that service is not about them and how awesome they might look. Eventually both the student and the fishermen will be equals, but the aspirational nature of the students means they have to take the hard road.

How This Story Explains Why The Restaurant World Is Changing

You can compare this with serving in a fine dining restaurant.  There is a certain commitment to form required. Service has to be prompt, clean, polite, knowledgeable, etc.  However ultimately it comes down to how naturally you can do this so you can connect with your guests in other ways – making them feel relaxed and happy, rather than strained by your stiffness and anxiety.  Ultimately, it’s about how good you have made the guest feel, and not how perfectly you filled a glass of wine. But you still need to show commitment to the skill required for that level of service.

This is not expected when you have dinner at a villager’s house in rural Philippines.  Just the kind presence of the host. All he has to be committed to here are the ways people in that village show a guest respect.  This is why restaurant owners ask to have Michelin stars (the highest marks of prestige a restaurant can receive) removed from their venue.  They want the simple joys and comforts of the Filipino village house, but the public expects them to commit to a level of form that they don’t think matters.  And so the world of gastronomy seems to be heading toward a trend of casual atmosphere: many chefs and restauranteurs have decided that all that form gets in the way of that essential idea of guests feeling comfortable and joyous.

So, why even bother with perfecting the art and form of service when all people want to do is hang out, be chill and share some warm moments?  Why not abandon this thing that, for a large period of a student’s life, imprisons their ability to be present, calm and natural? Essentially what Rikyu was trying to tell his student is that you don’t need all of this pomp in order to enjoy the simple pleasure of spending a moment with someone.  It’s just a vehicle to get us to care about the details of what we are doing. This rigor pulls us out of our egos and into awareness of all the important nuances of a moment that we would otherwise miss.

So all of the form and procedure of tea ceremony and fine dining serves a purpose.  You just need a very Zen relationship to it: completely committed and completely non-attached.  You have to maintain the understanding: “It’s not a measure of how good of a person I am, but it’s presently the best means available to make myself a truer, more effective version of myself.  So, though it’s not doctrine, damn right I’m gonna put my all into it.”

Zen, in all of its humility, tends to refer to itself as “simply the finger pointing to the moon, but not the moon itself.”  All of the techniques, stories and ways of life can only guide you to the capital-T-Truth (whatever that is for you: self-realization, enlightenment, or simply greater authenticity), but they are not themselves The Truth.  The same goes for service. The skills you are building do not constitute what you are really offering the people you serve, they simply provide a finger to point to the true self within you that is connecting to the true selves within your guests/clients/friends/family.

All the knowledge, skill, ability, etc., that you are cultivating is just a tool to build the house, but not the house itself.  The house is you and your ability to care and connect, free of your ego’s agenda.  Another takeaway: any moment trying to do something for someone that requires the application of your skills, forgive yourself the small mistakes (though they may feel big in your mind).  Your client, guest, or friend, will forgive them as well if they know that fundamentally you care about them. Think about all the hero movies where part of the hero’s self-realization is seeing that he/she doesn’t need their weapon to reach their fullest power potential.  It’s always a journey of realizing it’s not about the stuff they have, but the essence of who they are. Whether it’s the film Thor: Ragnarok or 16th century tea monks, the teachers are trying to get across the same thing: “Master the use of your weapon. Once you do, you’ll realize how little you need it.”

Please log in again. The login page will open in a new tab. After logging in you can close it and return to this page.